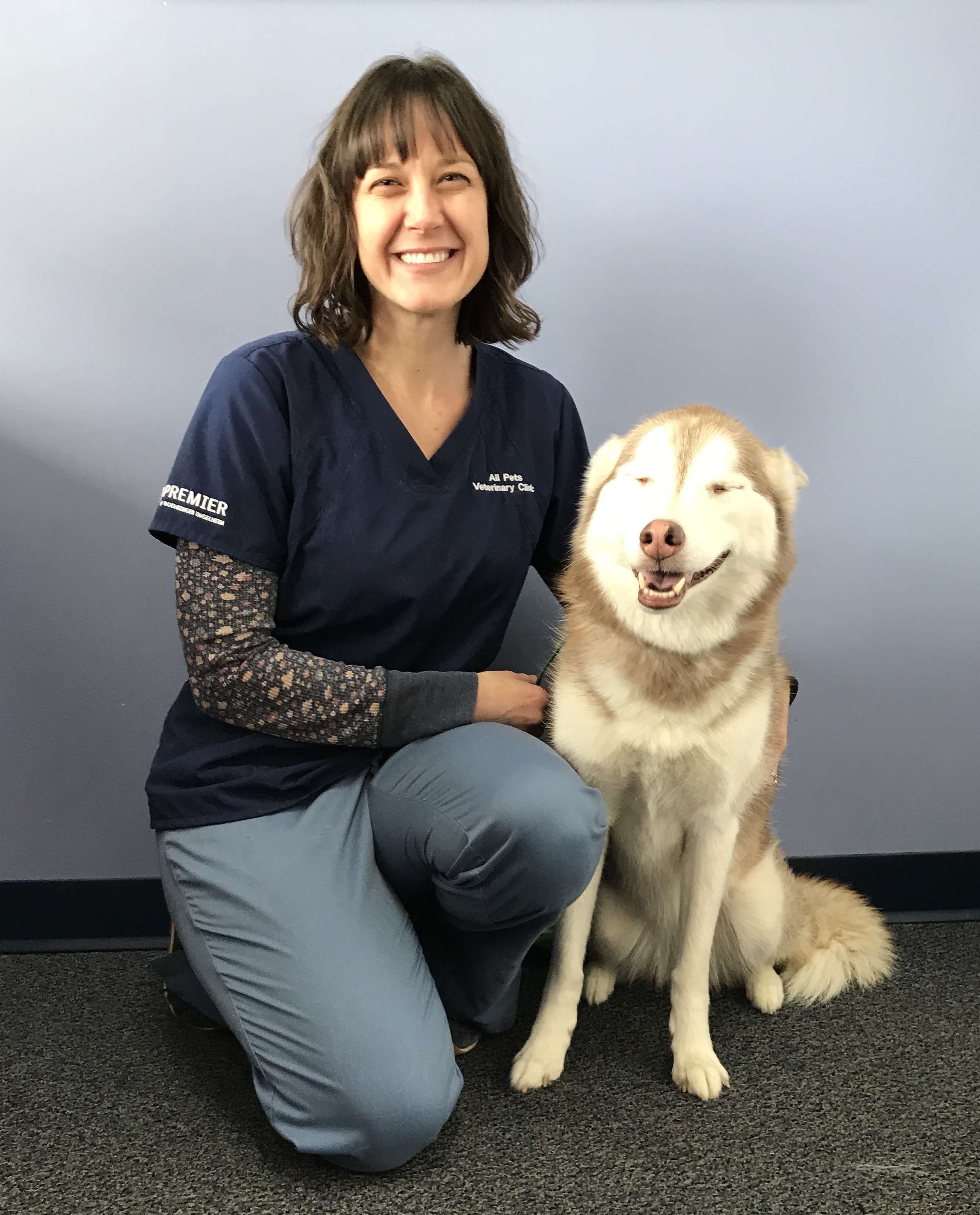 Kenna Hawkins has been with All Pets since March 2008. Originally from Rockford, Illinois, Kenna graduated with a BA in English from Lewis and Clark College in Portland, Oregon. After studying abroad in Sienna, Italy, and backpacking around Ireland, Kenna moved to Bozeman, Montana, where her love of nature and animals grew even stronger. When she decided to move to Madison to be closer to family, she fell in love with her best friend and now husband, Bryan. They currently live on the west side of Madison with their son Anders, four-legged kids-three dogs (Nellie, Timbre and Adelaide) and cat (Pickles). Kenna enjoys traveling, great meals with wonderful company, agility coursework and all the hours of entertainment their furry friends provide.